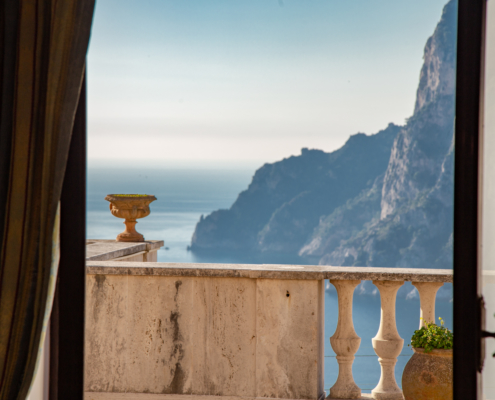 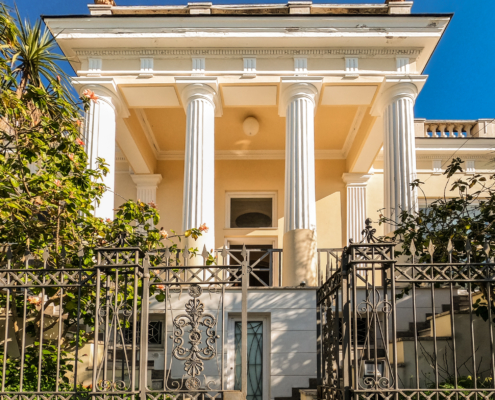 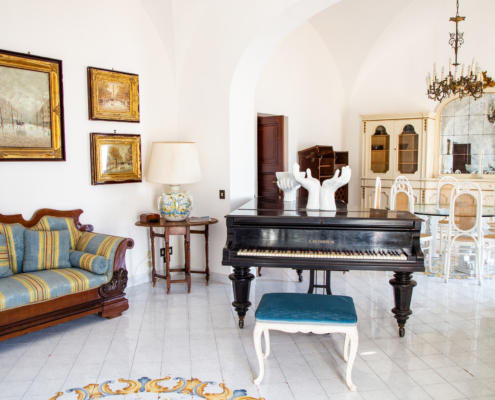 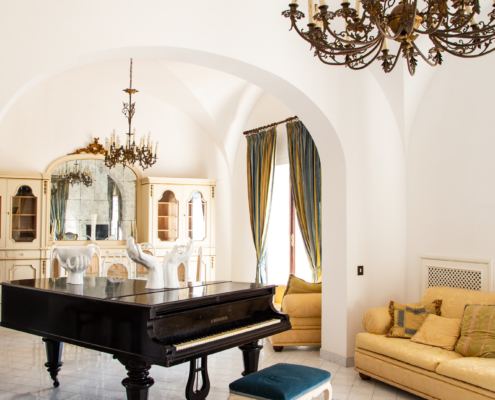 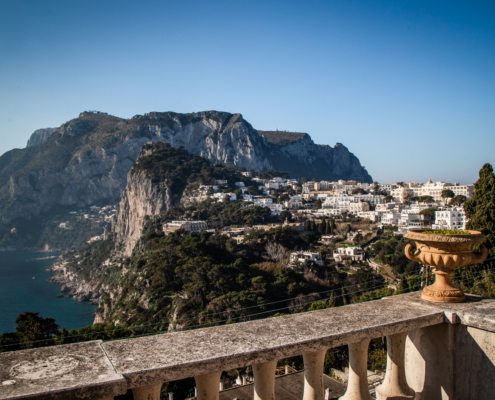 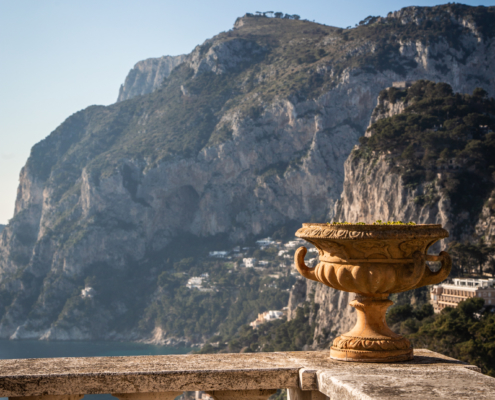 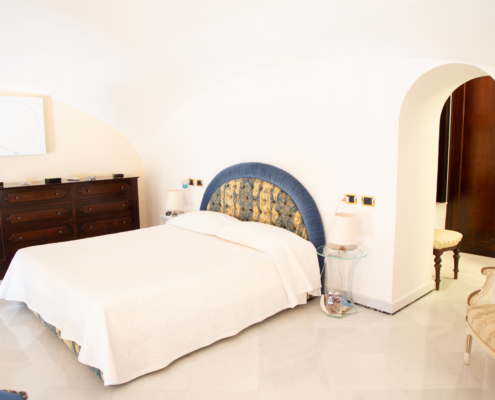 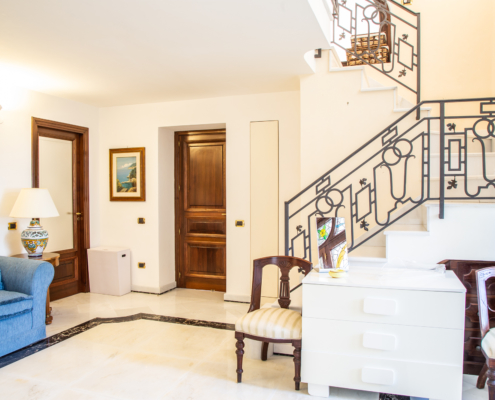 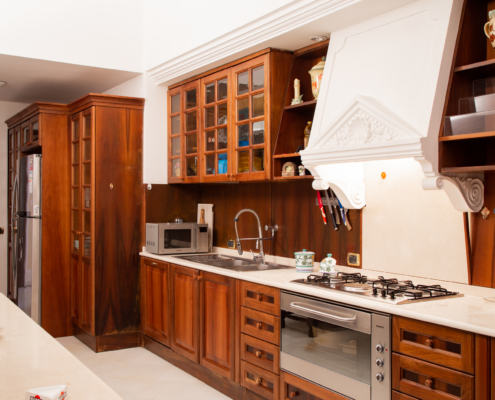 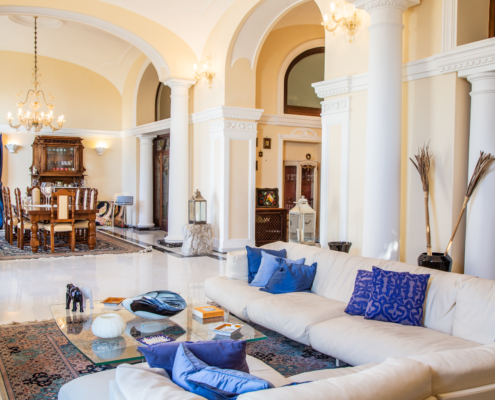 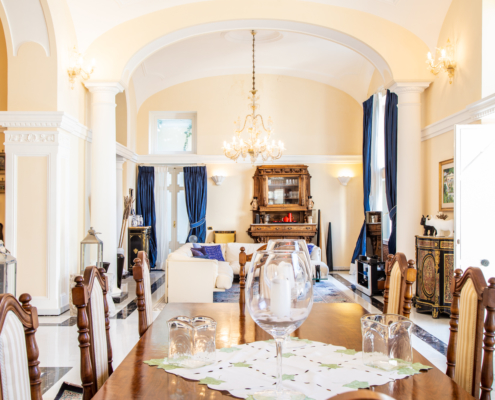 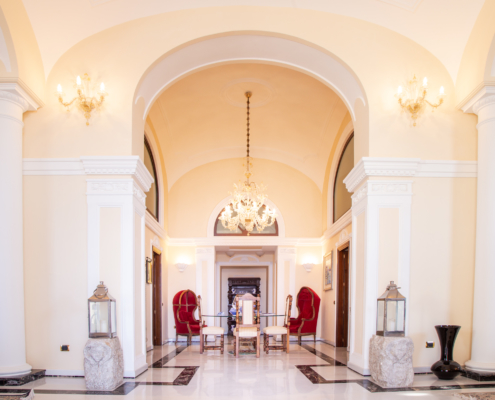 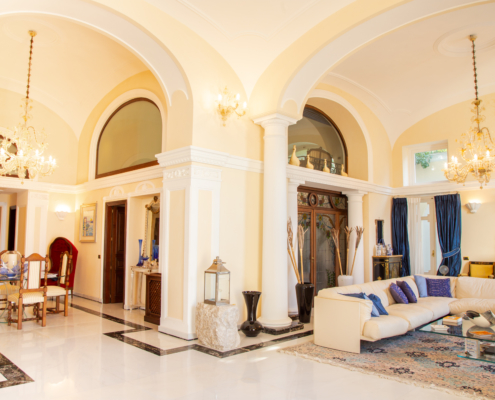 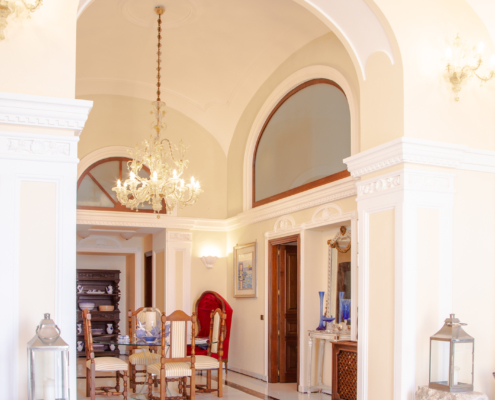 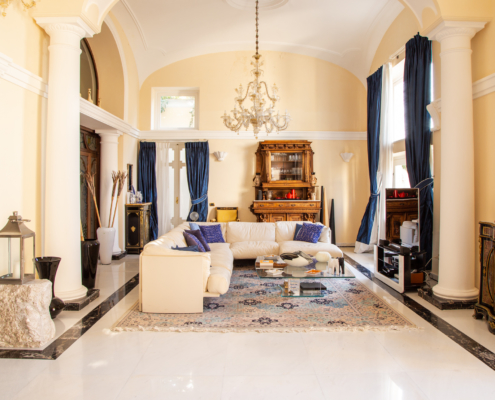 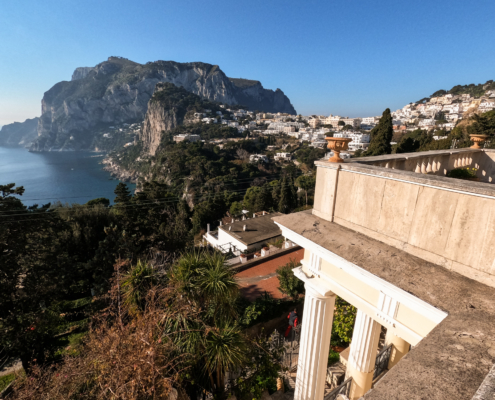 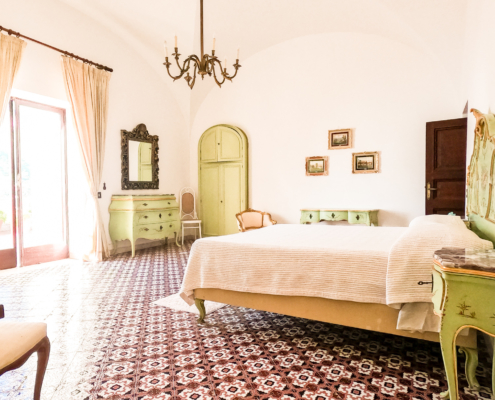 Every road is created by the steps of the men that have trodden it over time; witness to this are the vegetation, the house and the stones. Via Tragara, from the Greek tragarion (goats’ pen), winds its way through a succession of colours, perfumes, glimpses of Marina Piccola, of wonderful villas that leave this road unaltered and untouched by time, to arrive at last on the belvedere overlooking the Faraglioni.

Before describing Villa Quattro Colonne, it’s worthwhile taking a moment to learn who its architect was and what he represented in the world of Capri, and not just. Edwind Cerio was a refined intellectual, writer, botanist, but above all designer of some of the most interesting homes in Capri. Cerio held the role of true protagonist in the first half of the twentieth century for the entire community of Capri, even acting as its mayor from 1920 to 1923. Two important initiatives stand out during his mandate: the adoption of local building regulations and the organization of the first national landscape convention. Edwin Cerio was the author of numerous essays on the preservation of Mediterranean landscape and architecture. Among his most famous architectural works in Capri are: Il Rosaio, Casa Romita, La Solitaria and Villa Quattro Colonne

The ground floor was recently totally refurbished with some remarkable solutions, both in the subdivision of the spaces and in the choice of materials (Carrara marble) and of the furnishings. This floor has a covered surface of 280 square metres approx. and is composed of a large reception area of about 120 square metres with majestic internal columns and five metres high ceilings, a mezzanine has been created over a portion of the ground floor. This has resulted in a further space of 70 square metres divided into two large bedrooms, each with its own bathroom and 1 double bed sofa. These rooms have the added value of an incredible view, thanks to the two large windows especially created fro them overlooking the front of the villa. Another bedroom with double bed with ensuite bathroom completes the sleeping zone.

The first floor is in the classical style of Capri with tiles and the typical vaulted ceilings. Although this part of the villas has not been refurbished recently, it preserves an intrinsic charm and, above all, it enjoys an element of extreme value: the wonderful terrace of 115 square meters on the same level looking out on the sea. This is love at first sight with the marvellous seascape and also a great view of the centre of Capri. This floor has a covered surface of appproximately 200 square metres and is divided as follows: entrance, sitting room, dining area, three bedrooms, one small rooms with 1 single bed, kitchen with dining area and large pantry, four bathrooms, walk-in cupboard, as well the 115 square metre terrace on the same level.

Want to stay up to date? Subscribe to our Newsletter!

This website uses cookies so that we can provide you with the best user experience possible. Cookie information is stored in your browser and performs functions such as recognising you when you return to our website and helping our team to understand which sections of the website you find most interesting and useful.